Our cottage is actually three buildings; the main cottage built in 1894, the carriage house presumably built in 1894, and the recently constructed detached garage.  Having three separate buildings poses advantages and disadvantages.  Our largest advantage is privacy for ourselves and Jr., our young adult son. The most evident disadvantage is mechanicals; electrical, plumbing, HVAC.  Each building being separate results in oddities; while the cottage has a central hvac system, the carriage house bedroom and game room above the garage both have window hvac units.  Unfortunately, window hvac units are not at all attractive.  Faced with a dilemma of how to camouflage the necessary units, yet maintain use, and accessibly I considered shutters. 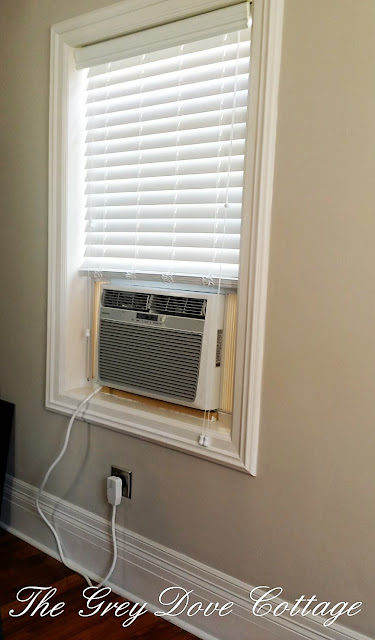 The cottage seller was kind enough to gift us the remaining original shutters to our cottage.  While not structurally sound; the chippy paint, and smoky grey color made my heart sing.  Feeling these treasures needed to be preserved and used in a special place, they inspired a cover for the hvac units. The shutter slats  allow airflow, and light, while obscuring the view of the actual unit.  This project would also be great for windows with unfavorable views. 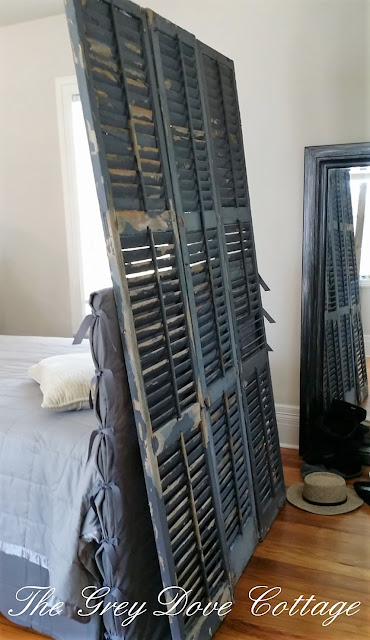 The cover was a fairly simple construction project.  We began by measuring our window, a standard 34" wide by 58" tall.  We chose to cover the unsightly cord and outlet for the unit as well, constructing the frame for the shutters just above the baseboard.  We used 2 X 4 pine boards to allow enough depth from the wall to close the shutters over the window unit, which pultrudes past the frame.  Our gifted, vintage shutters; each being 18" wide and 84" tall, determined the size of our frame.  Three of the shutters covered a width of 54".  We cut two boards at 54" for the horizontal cross boards and two boards at 84 for the vertical edges. 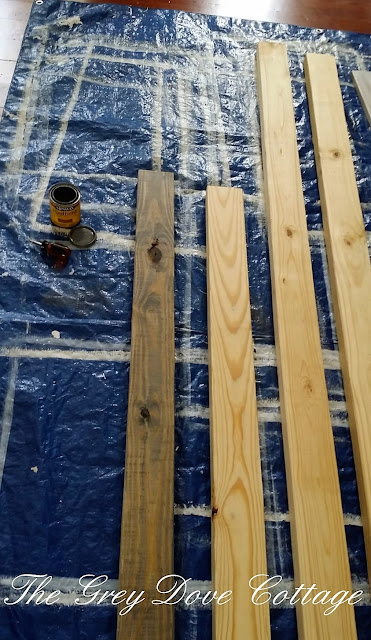 I stained each board using Minwax, oil based "Classic Gray" stain.  I chose a stain to coordinate with the shutters because stain is transparent; the color can be built up and the grain of the wood is visible through the stain.  I felt the stained frame would work well with the chippy shutters. Paint is an option if you want a more solid colored frame.  I stained my boards a top a tarp, and used protective gloves to prevent the stain from staining our floor and my hands.  I allowed the boards to dry over night. 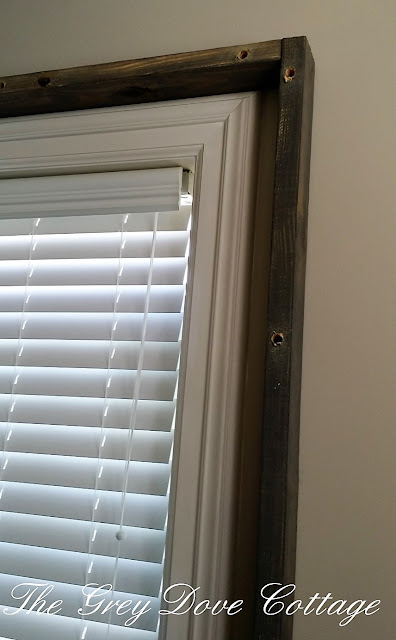 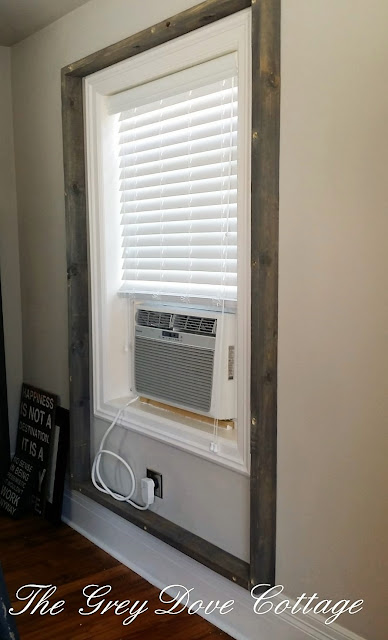 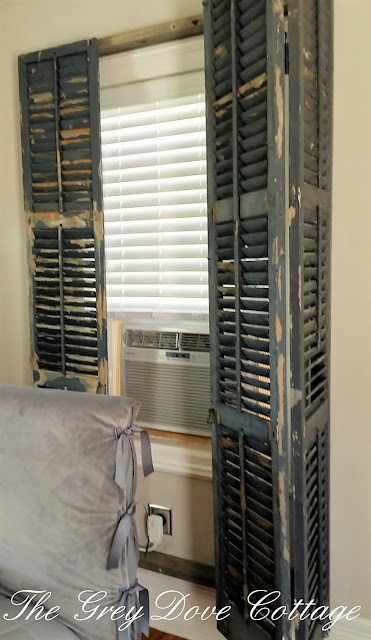 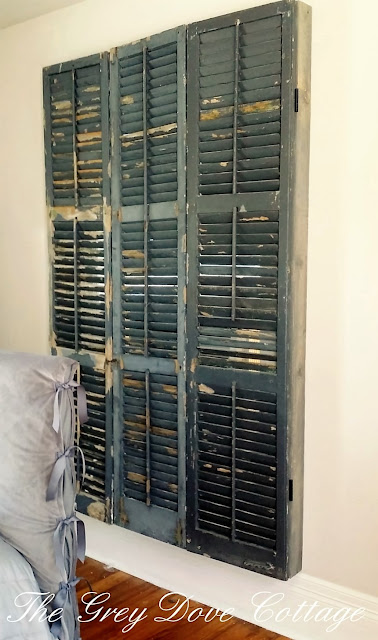 The final result as shown above, appears to be vintage shutters latched over a window.  No one would guess that a HVAC window unit is hidden behind the shutters.  I feel the shutters add a bit of architecture to a simple and plain room.  I am especially thrilled we were gifted the original shutters; preserving a bit of our cottage history in an upcycled, repurposed manner.  This particular window is in Jr's bed room, located in the carriage house.  I'll show you the space soon.  Jr's design plan was very specific; he wanted a new bed frame, his bed in the center of the room, grey, his hat collection displayed and accessible, no art, and a full length mirror. He's a fella who knows what he wants -

Thank you for stopping by. Wishing you all the best, until next time -