We've been painting and painting, then painting some more.  Our Sybi though petite, is actually three separate buildings, which means she has twelve sides, yes, twelve.  It's been just over a year since I decided her "dress" would be solid white.  Understanding painting the field and trim  of all three buildings solid white could easily become boring, I felt she would need some special details to create interest. One of those special details would be her front porch lantern. Sybi has a very busy porch balustrade featuring an "X" motif.

In an effort to accent the geometry in the balustrade, I chose a Moravian Star Lantern from Pottery Barn named "Olivia".  Ordering the lantern online without seeing it first created some stress.  Would it be large enough for the porch? Would it be too delicate to swing along with the Gulf breeze? I was nervously excited when the box arrived upon our porch. Then my heart skipped a beat when I opened the PB box and pulled the Moravian star named Oliva out, the bronze metal frame features delicate seeded glass panels - stunning. 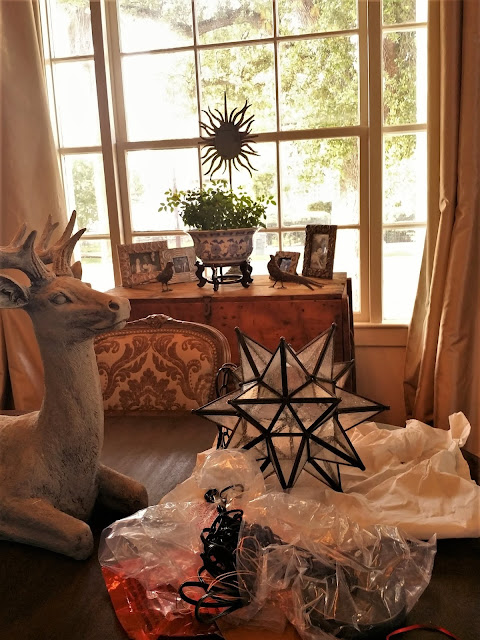 Moravian stars are often associated with Christmas as a symbol of the season.  They originate in the Moravian Church from Bohemia in the 1830's.  A math teacher at the Moravian Boy's School taught his students to create a polyhedron star with 26 points.  The stars were used as lanterns during the Christmas season as a symbol of the star that led the three wise men to Bethlehem. The pattern for the stars was supposedly published in the 1880's. Our Sybi was built in 1884. It seemed fitting; a Moravian star to cast soft light on Sybi's porch while beckoning our family home and friends welcome.

After several swatches of paint (blue, green, haint, even golden beige) on the porch ceiling.... I decided to paint the ceiling white.

I thought a lack of color would give a neutral background and allow the star to be the focal point of the porch.  Our porch is a good size, the ceilings are twelve feet tall, while only 8 feet wide, it is over 16' long. I felt this beautiful PB lantern needed a medallion to dangle from, like a bejeweled earring on the front porch. This got me searching the internet once again. I adore sunburst mirrors. I thought what if I took a sunburst mirror, removed the mirror and mounted the light fixture inside?  Hello Amazon - I found exactly what I needed there, a plastic sunburst mirror. I purposefully chose plastic because here on the island there is constant humidity, I feared metal would rust, wood would rot. 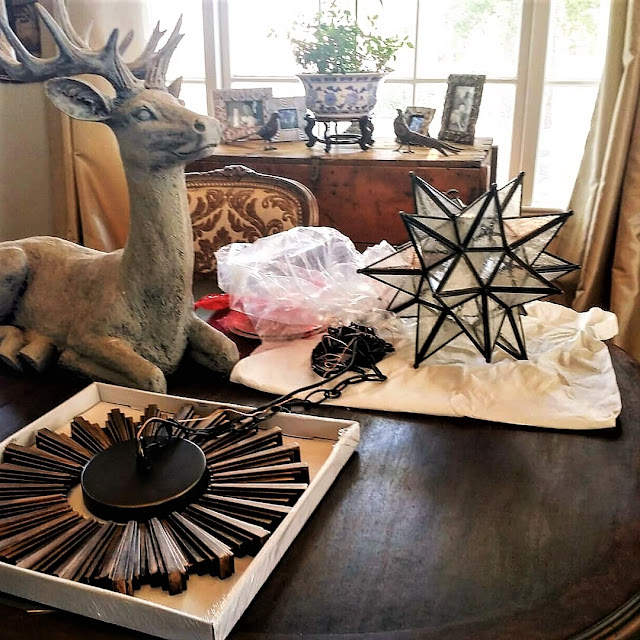 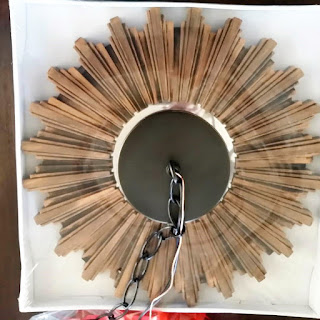 It didn't take that long to install, though it was a little tricky centering the sunburst.  We painted black around the electrical box, so any space between the fixture mount and the sunburst wouldn't be white. 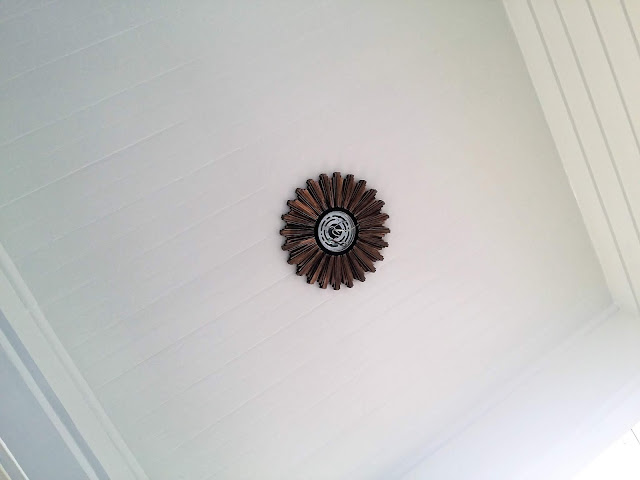 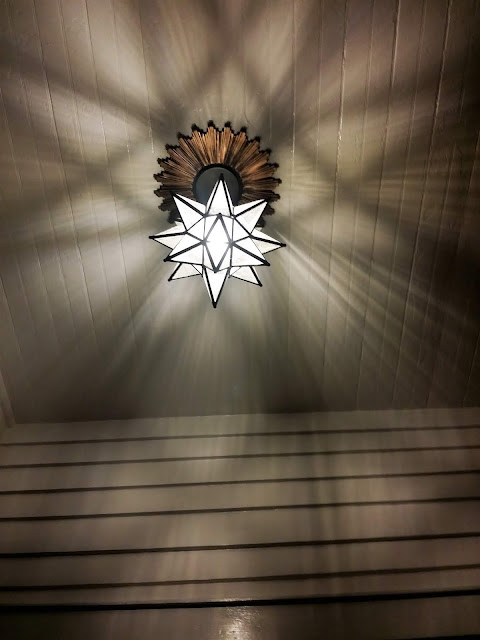 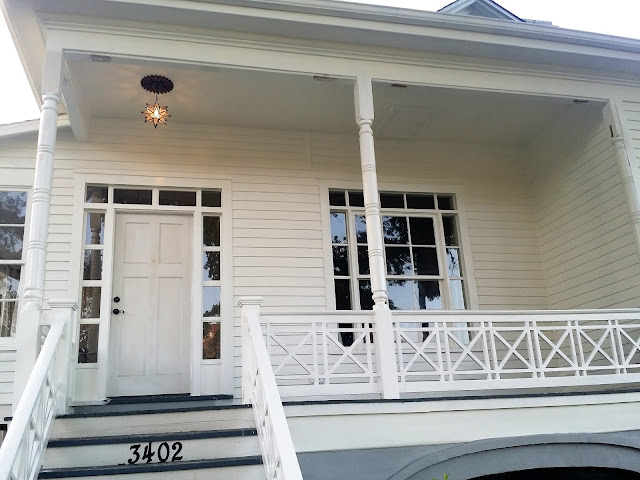 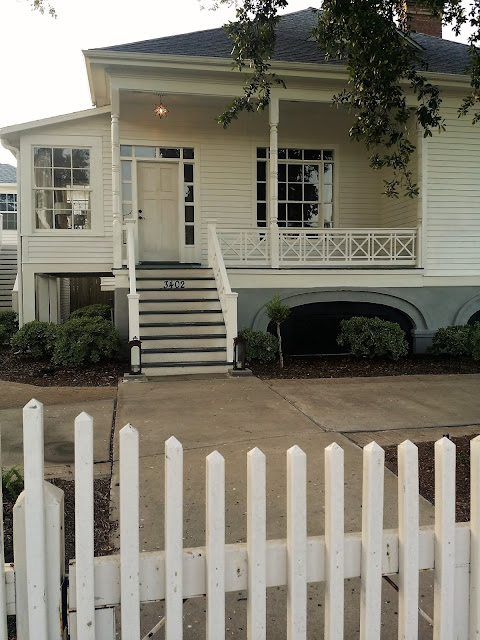 We've a lot yet to do; paint the porch, the stairs - the list goes on.   Did you notice we removed the curvy post brackets from the front porch? I believed they were not original, a close inspection proved correct, they had been added at some point. The porch looks taller, more stately without the curved brackets.  Those curvy brackets didn't make aesthetic sense to me; curves, angle balustrade.  Of course removal created more work! (Sand, paint the spaces where the brackets were mounted.) We'll get it done.

We are thrilled with the PB Moravian lantern.  We think it was just the accent for Sybi's porch. I adore the history behind the star. Now, what color to paint the porch?