Skip to main content
April 16, 2022
Exterior Paint and Updates
When we moved into the cottage it looked like a storybook; romantic ivy climbed upon the brick nearly covering it, dressed in pale olive cedar shake shingles, punctuated with metal crank French paned windows, a Dutch door and a double front door charm was the theme. The garden was a mess. We desperately tried to tame it, too many years of neglect made it impossible. At one time the massive yard had been covered in trees, they were now gone, only a few stumps and sun beams remained. 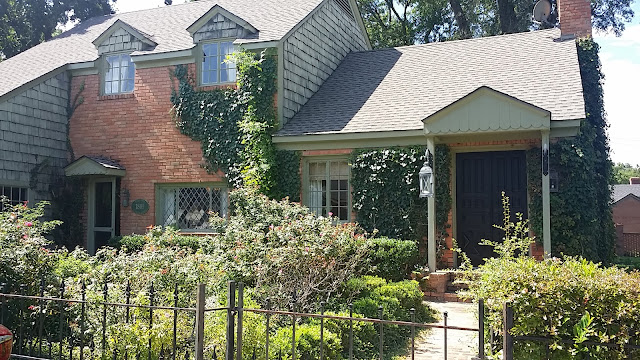 The courtyard was a mass of Asian Jasmine, it covered boxwoods, roses, a stump, the irrigation system, while hiding snakes. One afternoon I decided to trim the ivy off the windows of the cottage, discovering the romantic ivy was poison ivy, poison oak and sumac.  Our insurance company came by for an inspection and cancelled our insurance. A second company cancelled as quickly as we obtained the coverage. Finally a third company's inspector talked with me about the damage ivy can do to a house; brick, mortar, structural and electrical damage - he gave me 3 months to remove it. He pointed to the courtyard, "That needs to go too".  It took the three months to pull all the vines from the house, trees, garden and reveal the damage.   The cottage suddenly lost its storybook charm - 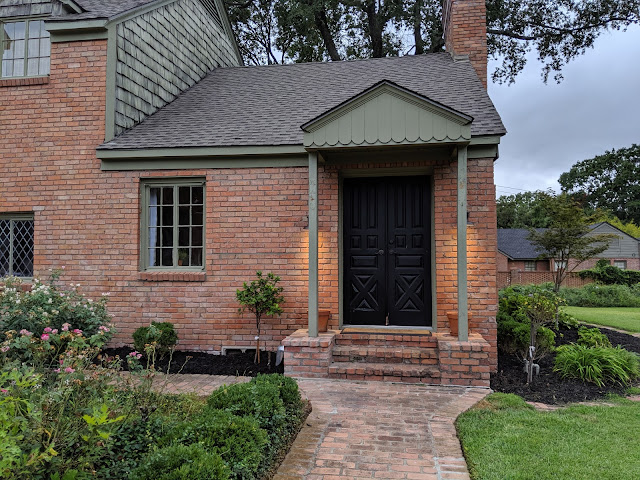 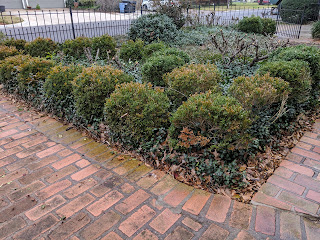 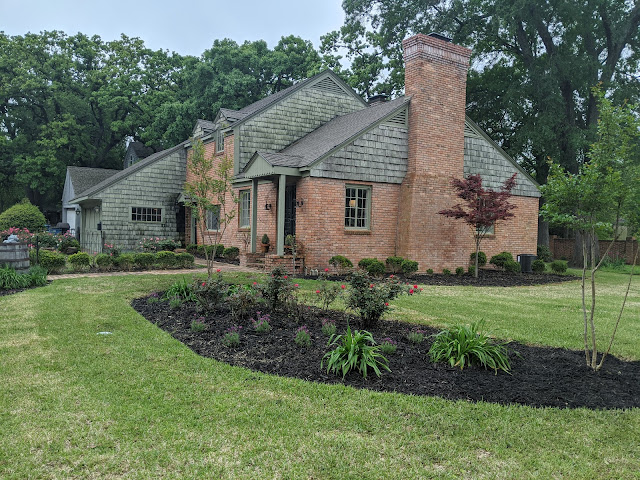 Finally getting the ivy pulled away from the cottage and the courtyard and flowerbeds cleared and a few new plantings installed. We began to paint.  It was then we discovered large areas of the cedar shake shingles needed to be replaced. COVID struck and we couldn't catch a contractor, or locate enough shingles for replacement. It was a lesson in patience. 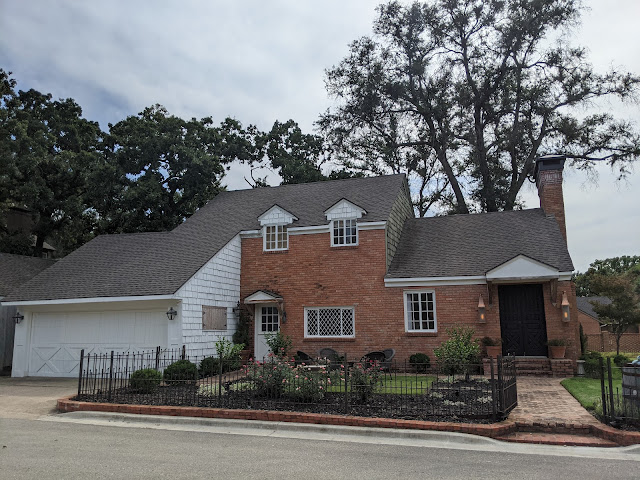 We struggled with what to do. Contractor, after contractor stopped by to tell me that I needed to cover the house in Hardie-plank, a cement mfg type of MDF siding product.  The cottage being built in 1930 I wanted to preserve it. I longed to remove a wall of shingles to see if the original siding was hiding beneath.  The steady stream of contractors wandering by the house all said the same thing "Hardie-plank" and gave me a healthy dose of I should allow the experts to do what they thought was right.  I am nothing if not tenacious.  Eventually, I met a fella who walked the cottage with me, listened to my ideas and said "yes, we'll give it a go and see what we find." I swear I heard a chorus of angels.
The crew showed up began removal of all damaged cedar shakes. They found original siding -   in some places and not in others. We saved and refurbished what we could. Portions that had missing or deteriorated siding were replaced with new matching siding. 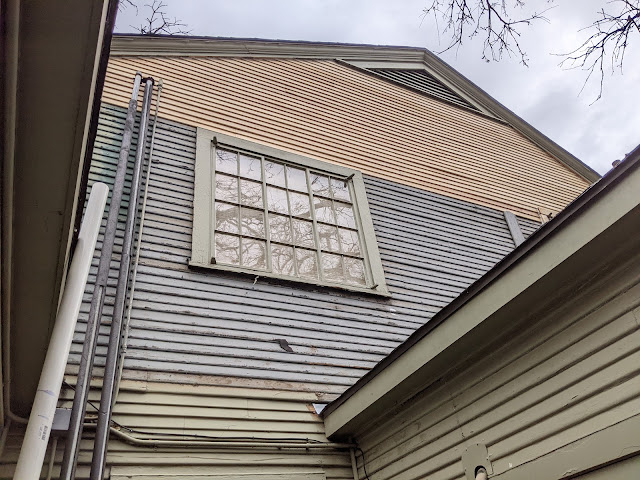 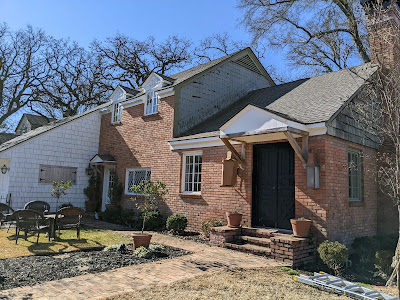 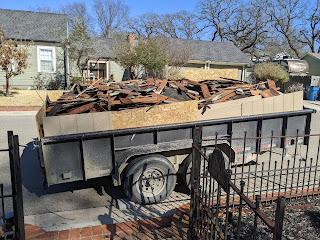 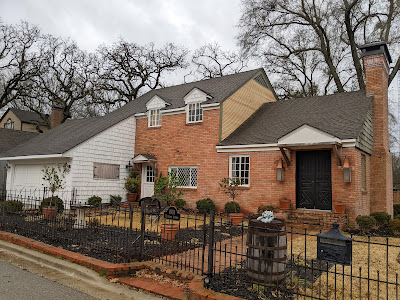 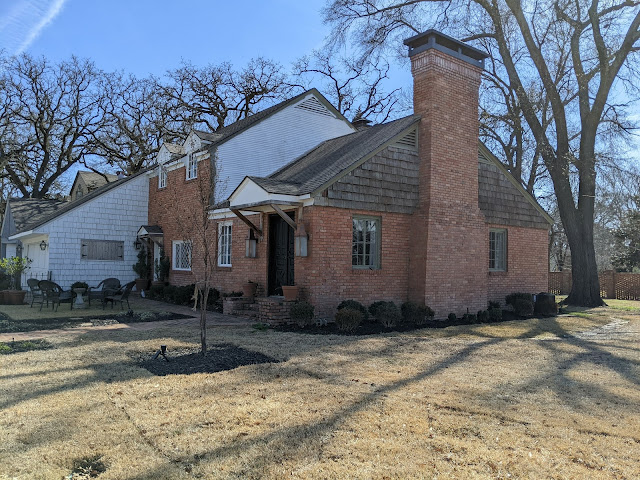 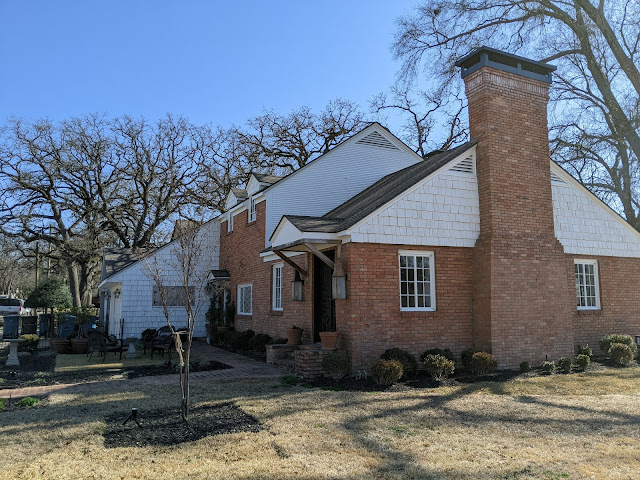 We have made much progress in saving the original siding, restoring the cottage to its original style. With plantings being sparse and the grass not quite green I have doubted my choice of simple white paint. If I were brave I would lime wash the brick or maybe smear it with mortar.  Smearing might actually help with some of the brick damage from the ivy.  Am I brave enough? 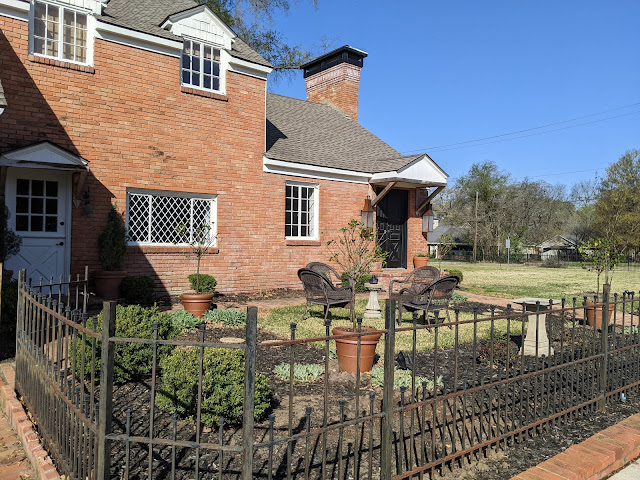 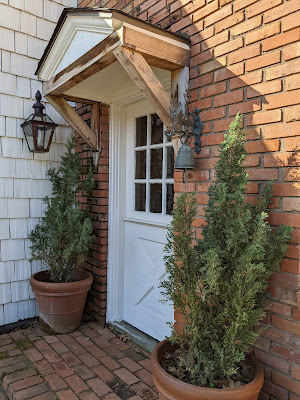 We found beautiful lanterns at an online auction and added those to flank the main entry door. They are a nice compliment to the gas lanterns on the garage. 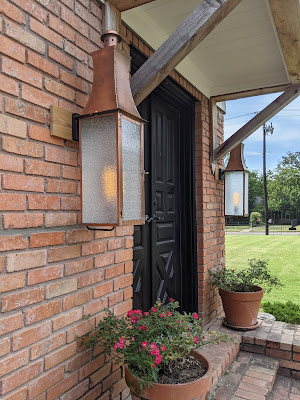 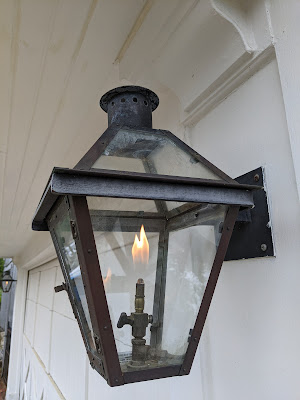 Spring is springing and we are working on the gardens. We've had a lot rain.  I've ordered some very special roses. I can hardly wait to dig in the dirt.
I still think the cottage looks stark. It is screaming for shutters! Can you hear it?  I'm uncertain that will bring the charm that it needs.  Adding a few additional cottage elements will help.  What to do, what to do?
Until next time, wishing you all the best -